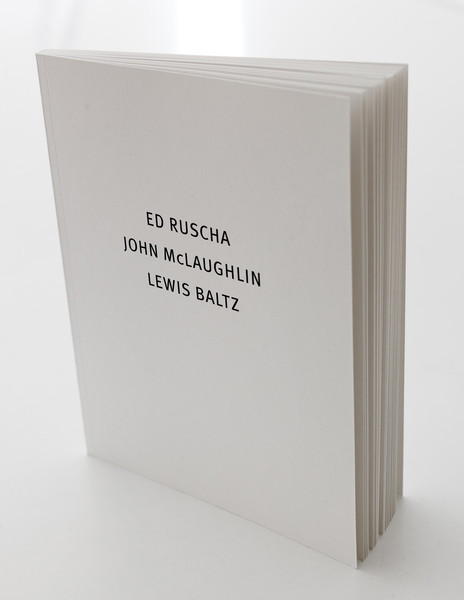 Through the contributions of Ed Ruscha, John McLaughlin, and Lewis Baltz, the art of the US-American West Coast gained significance since the 1960s and 70s. With its eclectic styles and mass-mediated culture, Southern California was a source of inspiration as well as irritation for them. They have each developed new ways of thinking about art and represent an ongoing influence on contemporary artists. Ruscha's photographs reveal a certain attitude to American life and exerted a major influence on conceptual photography. McLaughlin's "Hard Edge" paintings are characterized by geometric compositions of few color sections. Baltz's minimalist photographs are marked by his critical reflection on social developments and a meditation on the possibilities of representation.