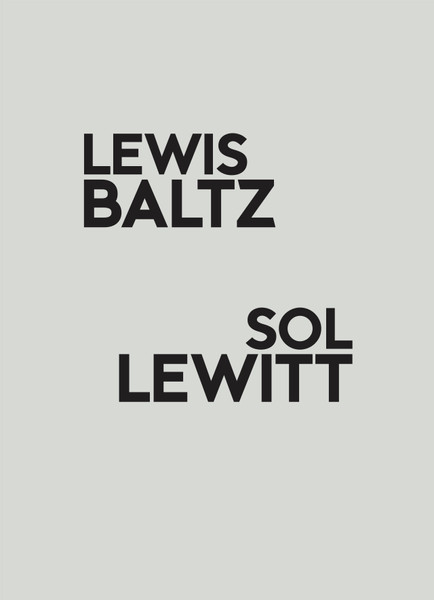 The catalogue and the exhibition of the same name at Galerie Thomas Zander bring works by Lewis Baltz and Sol LeWitt into dialogue, exploring structures of spatial processes with their reduced visual language.

Baltz was instrumental in conceptual photography taking its place as an equal among other media in the context of art. His groundbreaking serial works of the late 1960s and ‘70s describe places which were created as epiphenomena of a post-industrial society. LeWitt helped shape the understanding of contemporary art as a pioneer of conceptual art since the 1960s. His open cube structures of Serial Project (1967) and massive Black Cubes (2000) with their oversized forms point to an absence of function while the objects assert their presence in space. The fascinating juxtaposition is documented in numerous exhibition views and individual illustrations, and further illuminated by original texts by Lewis Baltz and Sol LeWitt as well as an essay by Heinz Liesbrock.