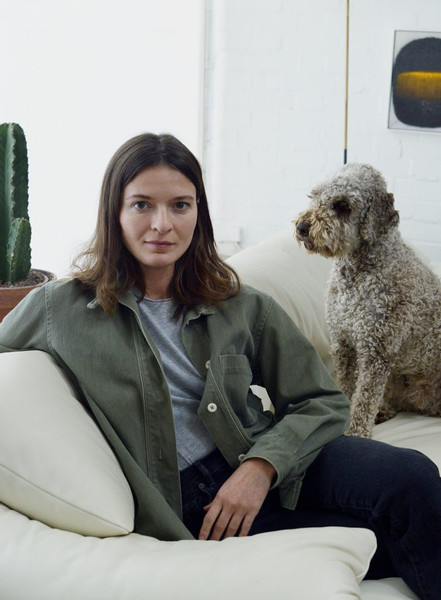 Artnet News
Essay by Devorah Lauter, 25 Jul 2022
The Polish artist's work is featured in this year's Venice Biennale.
Joanna Piotrowska works with the strange, contradictory power of silence. Voiceless bodies touch, stiffen, and submit; a woman indicates where she is most vulnerable on her collarbone. People interact in unusual ways. Her images of objects are similarly uncanny: she photographs toys used to stimulate animals in captivity. Elsewhere, roses photographed in a dispute conflict area between Armenia and Azerbaijan, where Piotrowska was accused of espionage and interrogated in 2015, delicately droop.

The acclaimed artist, born in Poland in 1985 and now based in London, examines oppressive social and psychological constructions in grayscale. The last few years have been incredibly busy for Piotrowska, with a string of major shows at MoMA, the Tate in London, and Kunsthalle Basel. Currently, her work is on view at the Venice Biennale, and she is also the subject of solo shows at the Kestner Gesellschaft museum in Hannover and the nonprofit ARCH in Athens. In September, she will be included in the Lyon Biennale, and she is working on a solo show set for March 2023 at Hagiwara Projects in Tokyo.