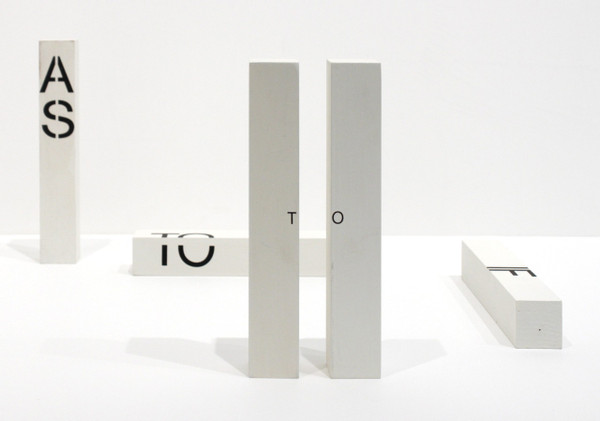 PETER DOWNSBROUGH in '​Poetry in 3D. Text Sculptures and Poem objects since 1960'

Deutsches Buch- und Schriftmuseum, Deutsche Nationalbibliothek, Leipzig, Germany
8 Apr - 30 Oct 2022
Among the many fruitful relationships between art and literature in a historical perspective, the dialogue between poetry and sculpture plays a special role in contemporary art. The fact that this has hitherto gone largely unnoticed has prompted the creation of the exhibition “Poetry in 3D. Text Sculptures and Poem Objects since 1960” at the German Museum of Books and Writing at the German National Library. The exhibition focuses on a tradition of experimental poetry and the visual arts which has witnessed the production of texts in the form of three-dimensional artworks. The objects are either inscribed with texts or the letters themselves become sculptural forms.The exhibition offers an international overview of the many different forms of three-dimensional poetry. The exhibits include works by famous representatives of experimental poetry and the visual arts, including artists from Central and Eastern Europe as well as from North and South America. In the works of the artists represented, sculpture and poetry merge in an interdisciplinary manner.
Read more