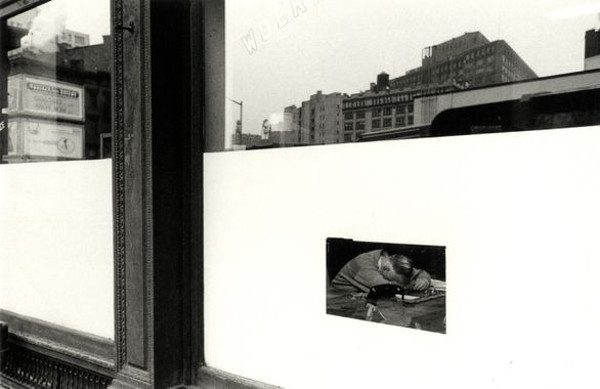 SCULPTING REALITY, THE DOCUMENTARY STYLE IN THE PER AMOR A L'ART COLLECTION

Bombas Gens Centre d'Art,
Valencia, Spain
21 May 2021 - 15 May 2022
with works by LEWIS BALTZ I WALKER EVANS I LEE FRIEDLANDER I ANTHONY HERNANDEZ I HELEN LEVITT I TOD PAPAGEORGE & GARRY WINOGRAND, among others
This exhibition aims to revisit the concept “documentary style” as Olivier Lugon defines it: understand the document as form (and even as aesthetics). This “style” would be founded by Walker Evans and would have a great influence on North American photography from the 1930’s. Early examples are Helen Levitt or Robert Frank. In the first place, this type of photography will be understood as something related to reportage, photojournalism – which was shown in newspapers and magazines, as Double Elephant Press – but in a matter of time manifests a need of experimenting with the photographic language itself, as Lee Friedlander or Garry Winogrand did.
Read more

More information about the artists